4 Things I Learned From Losing My Son 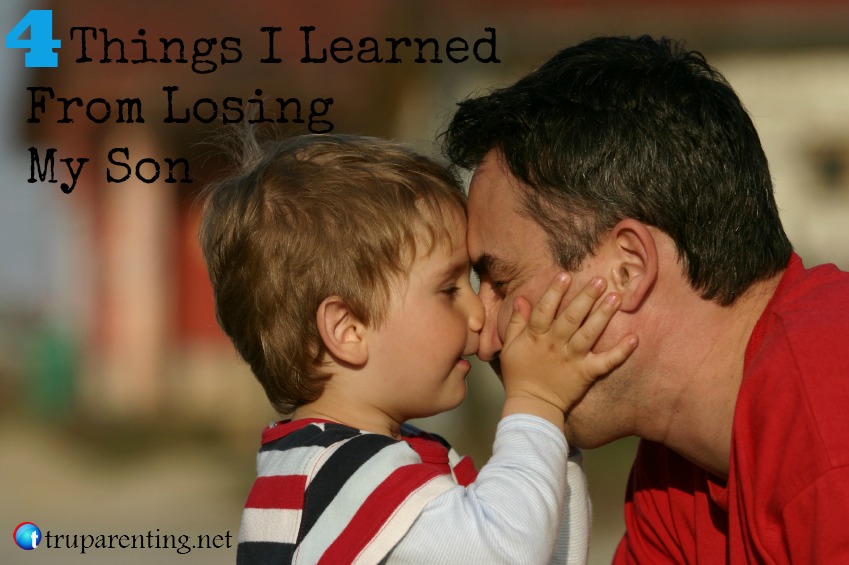 Have you ever felt the panic of misplacing your keys or your wallet? How about your child? I’ve experienced all three. Losing your child is the worst by a long shot!

How do you misplace a kid?

On a recent trip to Utah, my children and I went to the beautiful new shopping mall in downtown Salt Lake City to meet my brother and his children for a play date at the dinosaur play ground. It was just 2 Dads with 8 kids under the age of 8 years old. We got some food together at the food court, and played until the kids were drenched in their own sweat. We had a few minutes to spare before the Mom’s returned from attending a conference across the street, so we decided to take a walk to see some of the shops. The kids ran all around us, giggling and chatting the whole time. We got on the escalators to go to the second level. (The kids were excited about the escalators, and we Dads were a little excited too.) We walked into the Solomon store and all of the kids ran to sit in the ski and snowboard chairs. I made a quick lap of the small store that took about one minute. As I came back to the kids sitting, making random noises in the front of the store, I noticed my 4 year old son Berkeley was missing.

My immediate response was panic. “Where is Berkeley?” I barked at the other kids. They all looked around at each other with perplexed looks that revealed quickly that he was nowhere to be seen and no one knew when or where he had dropped from the group. I started to yell his name, “Berkeley, Berkeley, Berkeley Smithson!” I was quickly pacing back and forth about 20 yards in front of the store but didn’t have any idea where he could be. We were in the middle of a 4 way intersection of this enormous mall. My first thought was of how frightened my little boy was. I prayed that he would be safe and then told the store staff to call security and give them the following description, “He’s a cute little 4 year old with sandy blond hair and a black and red ski parka on.” I think the store worker left out the “cute” part but recounted the description to security. I firmly commanded my 8 year old to look after the rest of the kids and stay put. I told my brother to go left and I would go right.

I had only gone about 30 yards when I saw him in the arms of two kind women who had gathered him up because of his confusion and were comforting him. They had found a security guard and were standing with him as well. I walked up to them and thanked them briefly and scooped up my son. I thanked them again without getting their names or any other details and walked about ten feet away with my son. I set him down and then knelt on the hard ground and hugged him tight for probably 45 seconds. He squeezed me right back, never once attempting to withdraw from our embrace. I could hear my breath as I realized finally how upset I had been by the whole ordeal. My son finally leaned his head back from me and said, “I was scared and I love you Daddy.” I briefly started to ask him where he had gone, but cut myself off mid-sentence and just said, “I was scared too and I love you too. I’m so glad we’re together again.”

I learn several things from this experience, some practical and others more sentimental and emotionally profound. I learned…

1. Have a plan with your children when you go into public places for if you are separated.

One of my greatest fears in this situation was that it was a brand new place to my son and he had no reference of what to do next when he was lost. We had not suggested that the kids use the buddy system or that there be a general meeting area if we got separated. He didn’t know where to go to get help. I made a goal in that moment to go home and teach my children what to do in case of an emergency in the future. I made the plan to always review what we do and where to meet when we go to large public places like that again.

2. They’re always there… And then they’re gone.

Sometimes it can feel like the kids are always there and there is no escape. Even when we finally get them to bed at night and think that we have a little time to ourselves, someone cries out from their room for water or another hug. We joke about fingers under the bathroom door or toddlers that insist they join you in the bathroom during your shower. Privacy, what’s that? I talked to a mom the other day that told me she woke in the middle of the night to the face of her 4 year old daughter, just inches from her face. Talk about creepy! It just about gave her a heart attack. The point is that we have those moments when we wish we could have a little time to ourselves to be “people” instead of “parents” for a while.

However this experience demanded that I imagine life without my little man and realize what a privilege it is to have him in my life. The crazy thing is that I did not only have the terrifying thoughts of someone abducting him or him getting lost, but I also thought about him growing up and leaving home. There will be a day when I do not have him always with me and our hugs will probably last 1 or 2 seconds instead of 45 seconds. We only have them in our keeping for so long. Cherish it always!

[Tweet “We only have them in our keeping for so long. Cherish it always!”]

3. There are some wonderful people in the world.

After things settled down, I asked my son if he had found those ladies and police man he was with or if they had found him. He said, “The nice lady was Jackie, not the Jackie we know down the street, but she was Jackie.” He continued, “She was nice and gave me a hug and helped me find the guy in the blue shirt.” I wish I could thank Jackie for the wonderful service she provided my son. She calmed him and reassured him that they would find his Daddy. In the intensity of the moment I hardly even said a word to them, but wish that somehow they could read this and know how much I appreciate what they did for Berkeley.

We often get caught up in the awful, terrible things that are out there and forget that there are so many kind, loving people, ready to help when the opportunity presents itself. Look for the good in the world and be one of those people that is willing to help when you see someone in need. It doesn’t have to be a lost little boy but don’t walk past and think that it’s someone else’s job to help. It’s our job.

4. I love my children and wife like nothing else. I want to strive to show it every day!

Because of our familiarity with our kids and spouses we can sometimes become careless with the way that we treat them in our own homes. I find in my counseling office that people are often most likely to hurt those that are closest to them and that they love the most. Look for opportunities to be kind, to give the benefit of the doubt, to be patient and to listen and understand. Seek out opportunities to connect and take those moments to get those minute long hugs in. Read together. Show interest in each other.

There are few things in my life that compared to that feeling of losing Berkeley. I have rarely felt such fear in my whole life. As TRU Parents, we always seek to learn and grow from each experience and cycle so that the next revolution can be better and more positive than the last. I learned some valuable things that will improve, not only safety, but the relationships in my family. These things may be things that we already know intellectually but I love the moments when we experience insight that allows us to finally know what we thought we knew and apply it successfully.

Question: Have you ever lost your child? How did you feel? What did you learn?

If you liked this article, and know someone who would benefit from it, please LIKE and SHARE it on Facebook, other social media or just send them an email. You may also like the following articles. “The 3 Part Formula for Connecting Without Any Words,” “The Best Kind of I Love You” or any of the articles pictured below.