Becoming Santa: Why I Keep the Tradition and Symbol of Santa Claus Alive 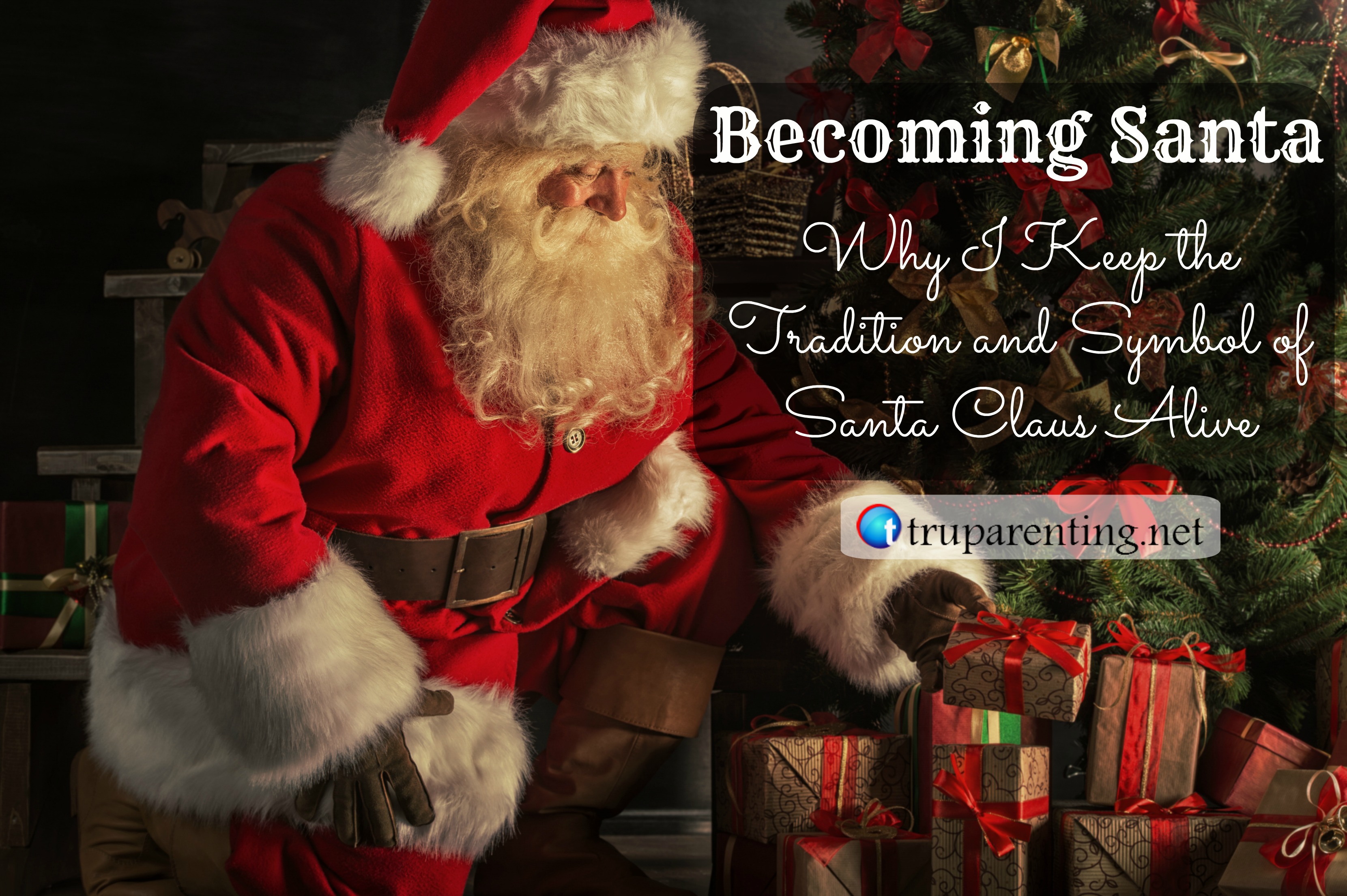 Watching my own 4 children race to their stockings on Christmas brings back the incredible happy memories of my own childhood. Not only does it bring back the memory of excitement I experienced as a child receiving gifts from Santa, but it has actually reignited a new kind of excitement, but in a slightly different way. It fills me with the energy and spirit of giving. There is nothing that brings gratitude, happiness and love like the act of giving.

Each year, when I was a little boy, my father read us a family favorite Christmas book. It was a short story written by George Durrant called, “That Thine Alms May Be in Secret.” This wonderful story has recently been republished as a picture story book called, “Sam’s Christmas Wish” that I am excited to share with my own children. In the story a man named Sam falls on hard times one Christmas and cannot provide a bounteous Christmas spread for his family. However, he insists that he will not accept charity from any “do-gooders” and sits in his rocking chair on Christmas Eve with his shotgun draped across his lap planning to stop any acts of charity that might come his way. Early Christmas morning Sam’s weariness overwhelms him and he finally sleeps. He wakes later to a marvelous Christmas miracle. There are gifts all around a freshly cut Christmas tree and littering the floor around his feet. The table is covered with food fit for a king’s feast. At first Sam is furious. He calls the Sheriff and reports a break-in. The thing that really boggles Sam’s mind is that there is a fresh blanket of snow outside the house, but there are no tracks in the snow. He can’t comprehend how the “do-gooders” left without leaving any tracks.

When Sam’s little children come out and see all the gifts Christmas morning they insist that it was Santa. Sam, bewildered about who left the gifts, goes as far as looking on the roof to ensure someone didn’t come in a helicopter or just to prove it wasn’t the jolly old St. Nicolas himself that had brought the goodies. When his kids ask, “Daddy, do you see reindeer tracks on the roof?” Sam’s heart softens and he finally gives in to the miracle and proclaims to the kids, “I sure do. I think I see some over by the chimney.”

He moans and complains a while longer, but eventually gives into the joy of his wife and tiny children. He finally settles back into his rocking chair to watch his children enjoy the gifts when he sees a bible opened to a highlighted verse that reads, “That thine alms may be in secret; and thy Father which seeth in secret himself shall reward thee openly.” (Matt. 6:4) As Sam sat reading that verse of scripture he was happy and grateful. He resolved that one day he would do something for someone else and leave “no tracks.” Eventually, Sam’s Christmas wish to do the same for someone else is realized.

I’ve seen a lot of articles and comments debating about if it is okay to “deceive our children about Santa Claus.” They argue when is the right time to let the cat out of the bag about Santa. I value all of the differing viewpoints regarding Santa and our kids, but I choose to stay out of that debate because after all, Santa Claus was and is real! He lived and he lives now. I am Santa. Before you suggest that I check myself into a psychiatric hospital, hear me out. Santa was both a real person or persons, and today, Santa is me and Santa is you. Becoming Santa allows us an avenue to perform our “alms” in secret. When we understand who Santa was and the rich symbolism he represents, we can utilize our role as Santa to symbolize and teach the true meaning of Christmas rather than distract from it.

Santa Claus goes by many names, each of which are significant and paint a more complete picture of the history, and symbolism of the tradition of Santa. He has been called Santa Claus, St. Nicolas, Father Christmas and finally Kris Kringle.

St. Nicolas / Santa Claus: Let’s start first with St. Nicolas: St. Nicolas was a Christian priest who lived in approximately 300 AD and later became a bishop. He was known for his alms giving. Although he gave to the poor regularly and freely, the bishop sought not to be seen of men and so he would wait until night fall to deliver gifts to the poor, widows and children. One story suggests that St. Nicolas learned of a poor man that had three daughters who were to be married, but he had no money to give them on their wedding day. St. Nicolas came to them in the night and dropped bags of gold in the daughters’ stockings that were hung to dry by the fire. This story was noised among the people and thus the tradition of hanging stockings by the fireplace to be filled by gifts from St. Nick was born.

The name Santa Claus comes from a Dutch iteration of Saint Nicolas that is actually pronounced Sinter Klaas. So, not only is Santa Claus a symbol and tradition of anonymous and benevolent giving, but Santa Claus was also an actual person. He may not be the jolly, fat man that is represented everywhere today, but even this Magical Elf from the north that rides in a sleigh and brings toys to all the girls and boys honors the man St. Nicolas and what he stood for and allows so many to, at least for one short season, act in kindness and charity as he did.

Father Christmas / Kris Kringle: Kris Kringle comes from Martin Luther and the Protestant reformation and means “Christ Kind or Christ Child.” The sentiment is that Christ or “Father Christmas” is THE gift and brings all good gifts to his children. The tradition of giving gifts without recognition or praise continued then and continues today. Those that act in the name of “Kris Kringle,” become his hands and deliver presents to others in the spirit of the Christ Child. They give not as a transaction or for some vain hope of reciprocation, but simply out of genuine love for the recipient.

What does Santa Stand for?

Santa Claus is a symbol of the true meaning of Christmas, the reason for the season. His names come from the source of Christmas, Christ himself and from a man that gave freely and represents the best that there is in mankind. Santa is a symbol of the greatest gifts of heaven and earth. He draws our eyes to heaven and invites us to believe in something greater than ourselves, something we cannot see but we can feel and know, as we know the feel of wind on our faces. Santa allows us as parents to offer gifts to our children without expectation of recognition or thanks. It allows us the joy of giving in secret. It allows us to take on the challenge of becoming Santa. To become Santa means to increase in kindness, and in generosity. Becoming Santa means that we listen a little more intently and smile a little more genuinely. It means we give a little more and take a little less.

I don’t think that we need to fear and worry about when or how our children find out about Santa. The traditions of the North Pole, elves, the sleigh, flying reindeer and Santa’s magic bag are a fun part of childhood. They are make-believe just like other creative, imaginary stories we tell our children. There is a natural course and development in which our children come to understand that those parts of the story of Santa are only make-believe. However, this realization can make a profound transition into understanding the true magic of Santa, who he was, who he is and what he stands for. We can even encourage our child to take on the role of Santa to family, friends or those in need through secret gifts or acts of service. This can bring even greater meaning to Christmas and Santa.

I can remember the first time I assumed the role of Santa for my children. There was a similar sort of excitement and joy that I felt as a child when I would open my stocking Christmas morning. But this time, I felt that exhilaration from giving instead of getting. Becoming Santa taught me something about what love is. Becoming Santa showed me the authentic delight of giving. Becoming Santa changed my focus and I would even say it has changed my soul. It has made me better as a person and a father.

So, even when our children do learn that no one lives in the North Pole and that reindeer do not fly, let’s not say that Santa is not real. I know what he is like. Santa is kind. Santa is generous. He is benevolent and gentle. Santa listens and loves the little children. He gives without expectation, recognition or reciprocation. Santa is joyful and happy and he spreads that joy everywhere he goes. Santa is real! I am Santa. You are Santa. Or, if we are not yet Santa, at least we are growing and trying. We are becoming Santa!

What do you think about the tradition of Santa? How are you becoming Santa? 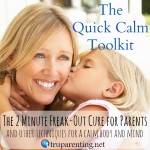