The Difference Between Healthy Competition and Unhealthy Comparison. 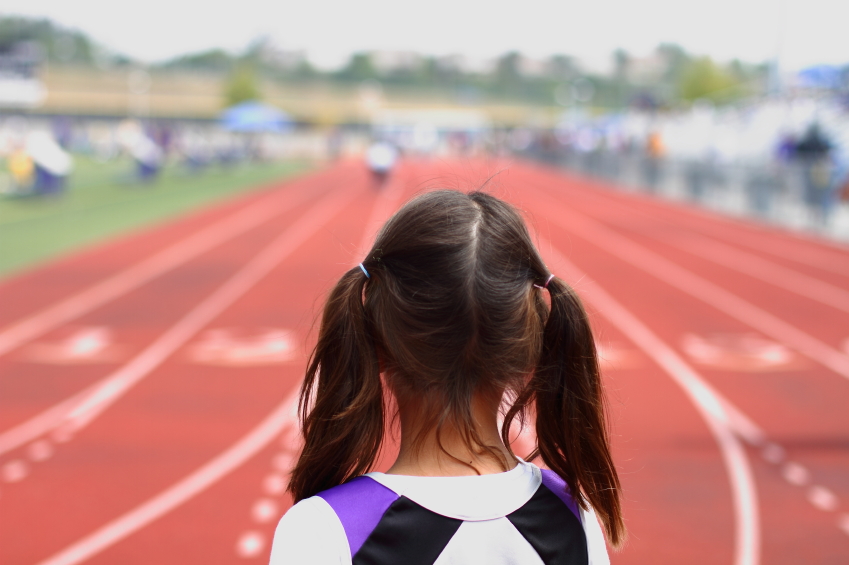 You’ve experienced it and so has your child. If we step back and examine our thoughts and feelings of inadequacy honestly, we can relate to our children’s mindset and converse with them in a very potent and real way. This kind of honesty stirs up strong feelings.

It’s the feeling a mom has when she sees her friend’s immaculate home at a play date, decorated with cute plaques and perfectly clean. She whispers to herself, under her breathe, “How does she do it? My house never looks like this.”

It’s the same feeling her son has in the car on the way home from the soccer game after his teammate scored all three goals. She empathizes as he cries out with tears in his eyes, “I’ll never be as good as Tommy!”

This universal feeling often stems from comparing ourselves or our situation with others. “The reason we struggle with insecurity is because we compare our behind-the-scenes with everyone else’s highlight reel.” (Steve Furtick) I’ve done this and felt this way too.

First time away from home.

When I went to college and began my life away from home, I was excited to be on my own. However, my first couple of months away from home served up a huge plate of humble pie.

I had always considered myself pretty talented and was a little over confident as I went out into the great big world. I had never had below a B grade in my life, I was a pretty good athlete and I had been told I could really sing. Within my first couple weeks of college my classes proved to be more difficult than I expected and I received the first D of my life. I played basketball in an intramural league and got smoked. Finally I tried out for a vocal group, and later for a performance showcasing school talent, and did not get accepted to either one.

The evening I received the news that I had not made call backs for the talent performance, I walked slowly home to my apartment with my head hung in self-pity. The whole way I tried to make excuses for why someone else was called back instead of me. I thought, “I was just as good as them!” Then, I would counter that thought with, “You’re not as good as you thought you were.”

Finally, I went into my room and sat on my bed. I opened a journal and began to write. I wrote cynical and rude things. I wrote rationalizations. I wrote arrogant rants as well as fuming expressions of self-degradation. Then, I stopped. I prayed, and I sat quietly. Something happened. Something inside me began to change. I learned three things that have changed my motives and ultimately my happiness forever.

1. There is always someone better than you.

2. There is always someone not quite as capable as you.

3. Neither of those things matter. Relax, continue to learn, improve and grow for yourself and to share your gifts and skills for the benefit of others.

Whether you are “good” or even “excellent” at something has nothing to do with anyone else’s capacity to do that same thing. Only being “better” or “worse” requires comparison to someone else’s ability. Even when we are “better” than another, it does not mean that we are “excellent, great or even good,” only “better.”

Recently I read a story that found its way around Facebook about a school district in Canada that created a soccer league that did not use a ball. Yes, that’s right, no ball. It was an imaginary soccer league. They reported that this way there would be no way to keep score and damage players self esteem. They also weren’t learning how to play soccer or any of the skills that go along with it.

It turns out the story was a hoax but it illustrates a widespread concern regarding competition. For most people, this exaggerated gag on scoreless competition would be clearly going too far in removing competition and comparison from our kid’s lives completely. It is not the competition itself that breads discontent and low self worth but the perception and motives of the players.

Competition can motivate us to improve ourselves and to learn from others that have skills and abilities that we don’t yet have. Or it can help those that have not yet acquired our level of skill. However if we allow that competition and comparison of others to become the focus of our efforts, it becomes debilitating and crushes our resolve.

Competition has come to mean “to outdo another” but the origins of the word mean “to meet or come together, to seek, to be fitting and to suffice, even to coincide with equivalent value.” It seems to entail a sense of “wholeness.” The truth is that there are those both more and less capable than us in any given skill. But that does not change our own value or our ability to continue to learn and grow.

Like the Mother and Son in the examples above, when we start to prescribe personal value or the value of another person based on comparison, it become debilitating. People speak of comparing apples and oranges as an unequal and unfair comparison; it is no different when we start comparing our homes, our parenting, our children, our ability to make balloon animals, or to do business. “Everyone is a genius. But if you judge a fish by its ability to climb a tree, it will live its whole life believing that it is stupid.” (Albert Einstein)

When we make unhealthy comparisons we do not see progress or strengths in ourselves and others because we are focused on what could be or should be. Even a perception that we are better than someone else does not produce the kind of internal drive and confidence that motivates healthy growth because “better than” someone else often ends up being “good enough.”

A simple shift in our approach from the natural human tendency to compete and compare can eradicate feelings of discontent and motivate us to improve and grow. Observing very young children can help us digest this new perspective. When a child is learning to walk, they aren’t thinking about if Tommy down the street walks better than them. They’re just focused on the task. They’re focused on the next step.

When we as parents understand our own strengths and inadequacies yet chose not to compare in unhealthy ways we can begin to model and teach our children how to focus on growth and service rather than being “better than” someone else. This perspective can stoke happiness in their lives and build generational cycles of confidence.

Question: How might you teach this mental shift to your children in the midst of a “better than” culture?