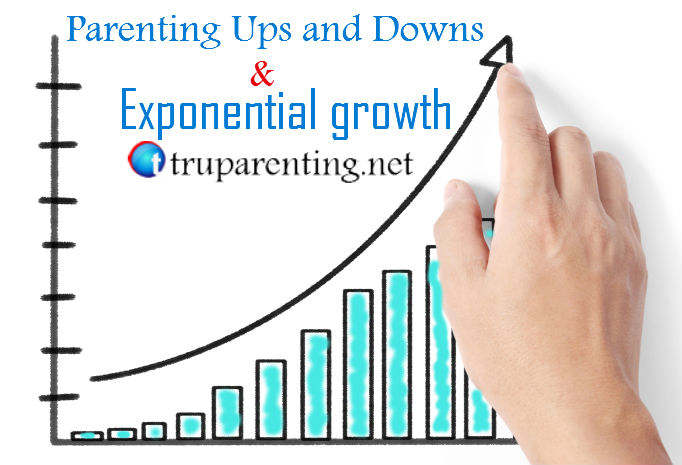 “Last week he was doing so well!” My client’s mother said as she sat in my office, almost in tears. “I don’t know if he’ll ever figure out how to pay attention and stop being so disruptive.”

This boy and his mother had come to meet with me at the beginning of a new school year. Mom had complaints that her son had been previously diagnosed with ADHD and school had always been a constant struggle. He rarely got to go to recess, his grades were failing in almost every subject and his teacher sent home citations at least four to five days per week to report disruptive behavior and missing work. His mom didn’t know what to do and the problems at school had boiled over into the home. They argued daily and she and her son almost never spent time together.

I had been meeting with this 10 year old boy and his mother for three months. We had discussed the Cycles in their lives and both had worked hard on improving these cycles through TRU principles (Teach, Relationship, and Upgrade.) They were working against some deeply ingrained habits and programmed ways of thinking and acting, but ultimately mom had really implemented the philosophy of focusing discipline on Teaching, building the Relationship and Upgrading herself. As she implemented these healthy patterns of parenting, they both saw positive progress. It seemed slow but it was noticeable. Finally he came home with positive feedback from his teacher. He had managed to pull off “the perfect week” at school. He had sparkling reports from the teacher every day that week and had turned in every assignment on time. Then…

The very next week, he had three negative reports from the teacher and had two assignments missing.

That’s when his mom said, “Last week he was doing so well, I don’t know if he’ll ever figure out how to pay attention and stop being so disruptive.” In that moment she felt defeated.

My Response: What are we comparing our growth against?

After she made this defeated remark, I quickly replied, “Congratulations on yours and his success!” She looked at me like I had lost my mind. When she saw that I was serious, she started to repeat the whole story, thinking I had misheard or misunderstood. I stopped her and assured her that I understood what she had said and then asked her to recall the day we had met. I asked her, “How many times a week were you fielding negative reports from school three months ago?” “Four or five,” she said. I continued, “How many missing assignments did he have when we first met?” “Sixteen,” she recounted.

I asked her to see that she and her son had grown so much. This recent low spot, that seemed tragic now, was actually a significant improvement from where they had once been. I went on to praise her for the great work she and her son had done and showed her a chart like the one at the top of this post and stated…

“Wouldn’t it be wonderful if our own personal growth, the growth of our children, our relationships and everything in life grew as seamlessly as is represented in the image above?” Then I showed her another chart, like the one below and said, “Growth often times looks more like this…” 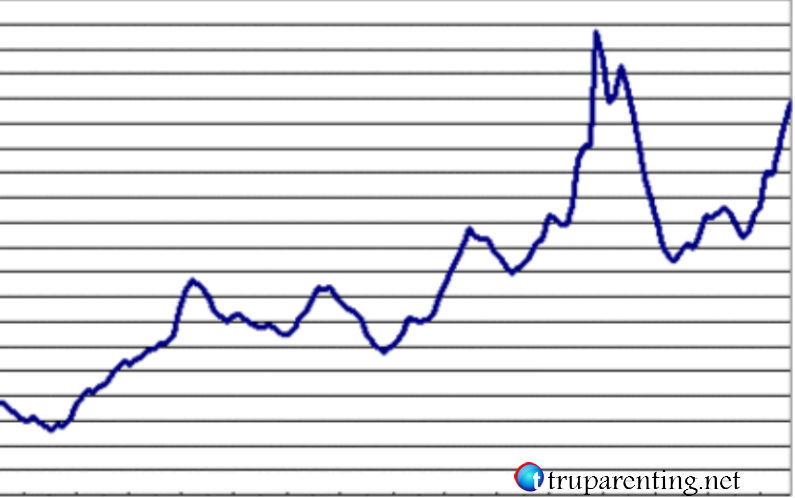 I continued with the following…

5 Ways to get past dips to reach continued, exponential growth

2. Accept the dips and move on. Never dwell on the dips.

3. Learn from the dips and reapply TRU Patterns and Principles. Continue with the things that promote positive teaching, relationship building and upgrading ourselves.

4. Celebrate the peaks. Feel and show gratitude for the ideal moments.

5. Reach for new peaks. Realize it’s all part of the cycle and every cycle brings new opportunities for growth and learning.

6. Repeat. Do it again. You’ll experience more ups and downs. Remember these steps and stay true to the patterns and principles that promote healthy cycles of growth!

Exponential or explosive growth compounds over time but it is rarely seamless. Growth is never without dips, crashes and mistakes. However, when we continue to apply TRU patterns and principles regardless of these dips, we bounce back with greater strength. It actually promotes growth rather than diminishes growth. If you had a bad day or week or even month, take a second and look at the progress that has been made. You and your children are growing and improving even when it feels like you’ve taken a step backward. When we view parenting through this lens, even the deepest dip is a shining ray of hope.

Question: What dip have you experienced lately that when you look at it again is actually growth in disguise?

P.S. The idea from this post actually came from looking at my blog traffic statistics. I have experienced some incredible ups and down over the last few months, since publishing the TRU Parenting blog. At the times I publish this I have had days in which the blog reached an enormous 16 people all the way up to almost 12,000 in one day. “Roller coaster” is a huge understatement. When you are passionate about something and want it to succeed, the ups feel amazing and the downs are excruciating. The experience I’ve had with the reach and impact of the blog has only been a type and shadow of feelings I have with my own children and I’m sure you also feel with your children. But… The amazing thing is that with every dip comes a new “normal” and creates a new plain for improvement and growth. Each spike becomes a little taller.

Realize you are making a difference in the lives of your children and the people around you even when it doesn’t feel like it. Realize with each rise and dip that your new “worst” used to be your “best” and your old “best” pales in comparison to where you are and where you are going!