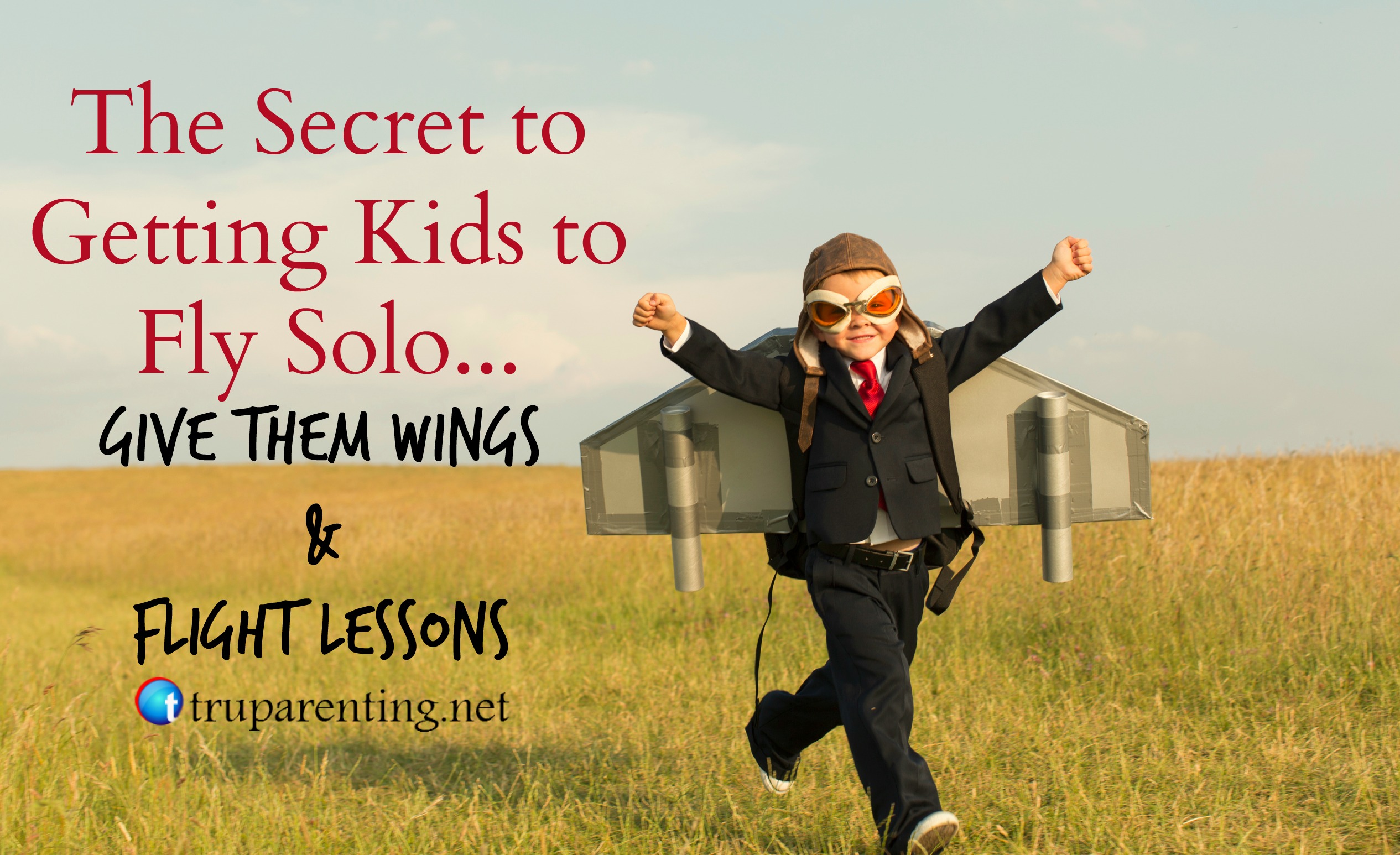 All he needed to do was put his socks and shoes on. “How simple is that?” I thought to myself. My 4 year old son Berkeley had started to melt down when I asked him to “hurry and put his own socks and shoes on” so we could get to church on time. It wasn’t like I asked him to mow the lawn or clean the whole house. It was a simple task, so I thought.

As I watched him attempt to put his tight, little church socks on his feet, I saw the frustration continually rise in him. I saw the sock flop over to the right and then to the left and his tiny toes get caught in the opening of the sock. I realized that this task that was so simple for me and even for Berkeley’s older brothers was not so simple for him. What I thought had been defiance or laziness, was actually a cry for me to help him with a task that was beyond his capacity to do quickly. He could and did eventually get the sock on his foot, but to get the sock on in a “hurry” was another thing entirely. We were late for church and his completion of that task was not without a lot of frustration. I realized that it was not a lack of motivation or compliance that caused his frustration and slowed the process. It was his ability level and the demands I made on him that slowed him down. I might as well have asked him to fly without wings. He didn’t yet have the ability, nor had I given him the skills and resources he needed to be successful.

Something to consider regarding change

I think we all have something about our children that we would like them to change. Maybe we would like them to pick their clothes up off the floor in their room, listen and pay attention a little more intently, remember and do what you ask, complete their homework in a timely way, or manage their emotions better and stop screaming when they get upset.

So often we build elaborate reinforcements and token systems, we seek out ways to encourage our children and motivate them, but have you ever stopped to think that maybe the problem isn’t motivation? Maybe, just maybe, the issue is ability. It’s not always that they don’t want to. Often we need to consider if their lack of motivation is a by-product of their lack of ability, or could ability be the cause of their frustration and failure to follow through. The issue may be that they don’t know how.

Ron McMillan has said, “When you try to motivate people that lack skills, you don’t create change, you create depression.” I would also add that we create anxiety or fear. Think what it might be like to have someone tell you to rebuild their car engine in the next 30 minutes, when you have no experience with mechanics or cars. You might take one good look at them and say, “That’s not happening.” It’s not that you’re unmotivated. It’s that first, you have no knowledge or tools to complete the task, and second, the time-frame assigned to the task is unrealistic.

We often think kids are being defiant when in fact they are just expressing a lack of confidence in their ability or an actual lack of skills or ability. They become overwhelmed because they know what they are supposed to get done but don’t know how to do it.

When kids say “I can’t” it’s a good indication that there is a gap between their ability and what you have asked them to do. It’s not always that they don’t know how to do the thing. The lack of skills may be mental or emotional in nature rather than a lack of knowledge or physical ability. I tend to forget that my 8 year old and 4 year old are indeed very different in their aptitude at various tasks. In an effort to be “fair” to all of my kids and make all things the same, I often do them a huge disservice. In the example of Berkeley and putting his socks on, he knows the mechanics of putting his socks on, but he lacks the coordination to do it quickly and the emotional regulation and patience to do it independently without serious frustration.

It can be helpful to turn on the empathy and recognize the role of the following kinds of skills your children may be lacking before we fall into the trap of beating the motivation horse.

There are different kinds of skills that influence our ability to complete a task:

1. Physical or biological skills: These are things like strength, endurance, speed, dexterity and coordination. In the example of my son Berkeley, he lacked the finger dexterity, eye/hand coordination and strength to force a sock on to his foot quickly.

2. Mental Skills: These include learning skills, attention, listening skills as well as formal educational skills like reading, numbers, language, etc. Mental skills include both external learned skills as well as developmental cognitive capacity to understand and assimilate skills they are taught. A great example of this is that when my oldest son was learning to read, my wife would ask him to read for a certain period of time each day. We found that he would become disinterested and inattentive after a couple of pages because reading was a difficult, concentrated task. At first we thought he was just trying to get out of reading, but that didn’t make sense because we knew he loved to be read to, and when we would stop, he wanted to continue. When we changed our approach and alternated each page he read with a page read by my wife, we found that he could read through an entire book. He was reading and concentrating much longer when the task was broken up and his ability for remaining attentive to the concentrated task was taken into account.

3. Emotional Skills: Emotional skills include things like self soothing, emotional recognition, expression and coping skills. Emotional self regulation is both developmental in our ability to manage and respond as well as learned. A good example of emotional skills and ability is when my 4 year old son has something taken from him when he is playing or if someone carelessly steps on his toe and it hurts him. His initial response is anger and even aggression at times. Research has shown that the very ability to regulate emotions and emotional reactions grows with age and experience. My son’s reactions are not because he wants to hurt his brothers, but rather because he is still growing his capacity to put the brakes on his own reactions.

4. Outside influences: Things like siblings, the environment, feeling sick, tired or hungry, can also play a role in our kids’ ability to change or do certain things. For instance, if I ask my son to set the table and he is not tall enough to get the plates, cups and utensils out of the cupboards on his own, that requires that we assist or teach them ways to bridge the gap between his personal capacity and the task. We could provide a stool or modify the responsibility.

It’s also important to realize that both developmental ability and learned skills play a significant role in how our kids cope and manage tasks and change. Having this understanding is not meant to give excuses for not doing new things or take away our kid’s responsibility for themselves and their actions. Rather, it gives parents understanding of how to challenge our children more effectively and identify the skills they need to learn and the best ways to teach or instill them. Knowledge and ability increase as we assist and persist with positive and kind teaching.

Trying to motivate our kids when they lack the ability and skill is like asking our children to fly without allowing their wings to grow in and teaching them how to use those wings first. Falling time and time again can be both frustrating and painful. The trick in encouraging positive growth and change in our kids is to first provide a nurturing environment for their wings to sprout and develop strength, second, to take them along for the ride and assist their initial flights and third, to teach and show them the ins and outs of flight.

The following 3 principles can guide us when our children lack skills rather than motivation:

3 Principles to deal with inability in our kids

1. Wait, love and model (Provide the nurturing environment for their wings to grow): Sometimes we just need to realize that our kids do not have the developmental capacity to master something. When we recognize this we can back off and realize that the learning happens simply by watching and observing us model the skill. We would not try to force our kids to talk or walk before they are developmentally capable. Other tasks and traits are also developmental in nature and can’t be forced. Challenge them and let them do what they can, but be sensitive to their developmental physical, mental and emotional capacity and respond accordingly.

2. Assist (Take them along for the ride): Do it with them, side by side. We help them step by step. At this stage, we are encouraging their participation but recognizing that they are not yet fully competent. Go with them to get their socks and shoes and share the responsibility of putting the socks on their feet. Don’t take over. Just give enough assistance to help them be successful with the task and skill at hand.

3. Teach (Show them how to fly): Show them, tell them, practice with them, and break down tasks into smaller parts. Lead them through the mental, emotional and physical skills they need to complete a task or responsibility. Teach during the good times, not just when problems arise. Use play to model, teach and practice skills and encourage cooperation and change.

Find ways every day to patiently empathize, assist, teach, practice and challenge them to stretch themselves. Growth comes when we are taken to the edge of our ability but not over the edge. Extend, enlarge and edify.

What skills are your kids struggling with and how can you apply the 3 principles above to bridge that gap to greater skill and independence?

Enter the TRU Calm Contest Below!