It’s been said before that your kids need the most love from you when you feel least like giving it. I’ve found this to be true. Each word and act can have a positive or negative effect on whether our relationships with our kids are getting stronger or weaker. The times that present the biggest problems have the greatest potential for creating profound opportunities for teaching and relationship growth. 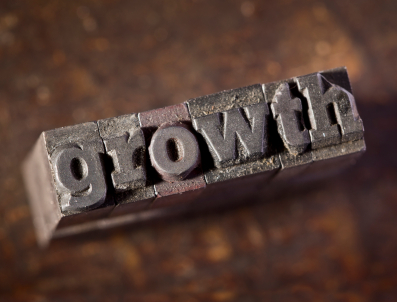 The attack of the monster six year old.

I recently visited with a mother that told me how her 6 year old boy was “too rough” with his sister and with peers. She also told me that he would “attack” her in the middle of public places or when she was busy doing other things. She said she would push him away because  he would run into her legs and wrap his arms around her so she couldn’t walk. She said it came at the most inopportune times and was becoming really annoying to her.

We discussed some possible motivations behind his behavior. She suggested that maybe he was just starved for attention. His Dad was rarely around and Mom had to work so often that it was hard for him to get the time and attention he felt he needed or wanted. He decided he would take it whenever he could get it.

This mother’s perspective began to shift over the following weeks as she began to implement a few changes.

Instead of pushing him away whenever he attacked her, she decided to lower to his level and return the pseudo-embrace  in a more appropriate, affectionate and gentle way. Throughout  her day she would also ask him if she could give him a hug at random times.

The little boy responded immediately. He would say, “Thank you Mommy. I love you.” When she bent down to hug him and over the course of about 6 weeks he started to ask his mother for hugs or he would hold his little six year old arms open wide, inviting without words to embrace and share a moment.

After Mom had procured this gem of insight, she saw the problem differently. She was able to approach it in a more proactive way. Rather than just being reactive and pushing him away, she built an attitude of “Us vs. the problem” that leads to further opportunities to teach and grow closer to her son.

1.       Approach the problem from an “Us vs. the problem” attitude rather than “Me vs. You” attitude. Validate a solution that may favor your child’s perspective rather than your own. The mother in the story challenged her one-sided perspective that his actions were simply annoying attacks to understanding his true motives of affection. The fact she felt it happened at “inappropriate times” changed when she realized there is no inappropriate time for love and affection. We can learn from this mother to work with our child rather than against them.

2.       Refrain from yelling or impulsive responses. This is a universal rule. The last thing this mother intended was to punish her child for trying to show love and affection. She learned to thank her child for his intent and redirect it if necessary to the way she preferred to be hugged. It is important to remember that yelling and other impulsive acts create problematic barriers rather than doors of opportunity.

3.       Empathize. Seek to understand. As in the example above, the mother could recognize the child’s need for physical affection and make specific provision for giving hugs and for cuddling. Try not to jump to conclusions about your child’s intent. Seek to see there perspective first and then work toward the best solution.

4.       Problem solve. The mother in the story did not solve the problem in a day. She did not solve it without serious thought and planning. We can learn from this to take the time to create a positive personal plan of action and a resolve to hold to that plan.  Come up with a solution that is win/win.

5.       Allow for consequences and immediate forgiveness. (If the issue involves an offense on your part, apologize and make amends.) Your plan should always include consequences. Know what you will do and follow through with the consequences that you established during your problem solving. Again, the behavior will not usually change completely overnight so we are required to forgive each new offense and move forward optimistically, sticking to the plan all the while.

When we approach a problem from where our child is rather than trying to impose change from our point of view, we create opportunities for harmony. The result is education, positive relationships and behavioral change instead of battles and punishments.