The Value of Perspective 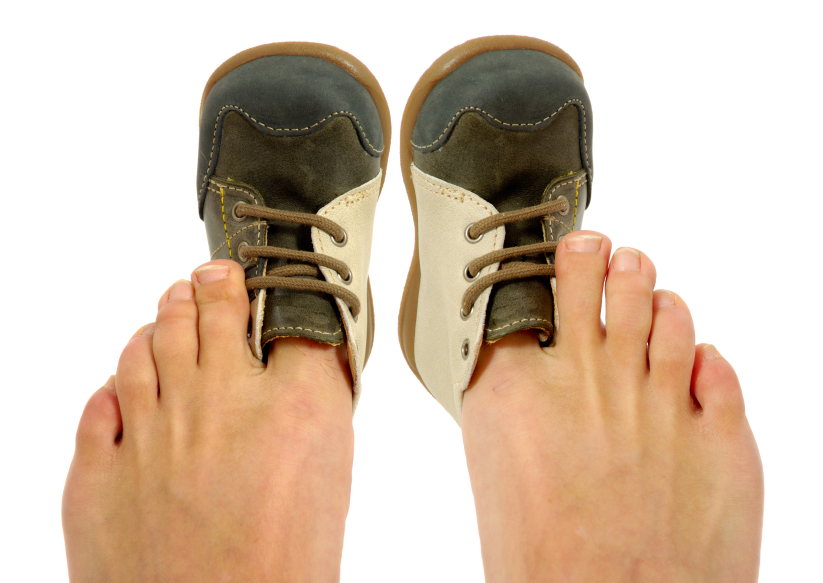 What in the world were they thinking? That is the million dollar question. When your child has scribbled all over the wall or made notch marks on your kitchen table with a butter knife, the adult mind finds it hard to comprehend what would possess someone to think either action was a rational choice. In utter exasperation we often ask the cynical question “what were they thinking,” following some act of curiosity or defiance. The sentiment behind it is more of a statement than a question; more an accusation than an inquiry. “What were you thinking is our way of saying, “Wow I can’t relate at all to what you just did or said, and it ranks in the top five most ridiculous things in the world.”

Do we (parents) really forget what it was like to be a kid, or do we consciously choose not to remember? I worked with a father and son in counseling that were having major relational problems. The father told me all about his son’s attitude and “disrespectful behavior.” He went on for 30 minutes without interruption about how he never could have gotten away with acting the way his son does. He repeatedly talked about not understanding why his son couldn’t sit still to complete his homework, or manage to remember to feed their dog like he had been asked a million times. I asked him how he felt about those things when he was his son’s age. He replied, “I don’t know. I guess I didn’t like them but I never acted like that.” I said, “Do we need to call your parents?” He then relented, “OK, so I argued and fought it too. It wasn’t because I was trying to make my parents mad or anything. I just didn’t want to take the dog out. We used to fight about it all the time.”

I don’t know about you but I was a headstrong little fella when I was young. I threw tantrums. I disobeyed from time to time. I talked back. I whined and complained. I even refused to do chores. I had my reasons for each and every one of these behaviors.

The great irony is that the parent that seeks understanding and our child’s perspective has the greatest influence to affect the situation for good and create positive outcomes. The person who refuses to remember and see other’s perspectives and demands, “It’s my way or the highway” is most vulnerable to, but never ready for the highway option.

So when you find yourself reacting with the question, “What were they thinking?” Stop and let that question sink in. Ask it honestly rather than accusingly. Think and ask yourself the following questions…

· What was he really thinking?

· What was his motivation?

· What’s it like to be their size and developmental level?

· Have I ever felt that way or acted that way before?

· If I was talked to the way I just talked to them, how would I respond? What is it really like in his shoes?

· How would I want someone to respond to me?

I love the story of the overflowing toilet Rachel Stafford told in one of her recent posts. She tells about getting ready to leave the house with her kids and the toilet was plugged. As she frantically searched for the plunger, her youngest daughter decided she would flush the toilet one more time to help her mother clear the toilet. As Rachel rounded the corner of the hall with the plunger, she heard the water hit the tile. Now, I love the sound of running water but I can’t imagine that this sound was relaxing or soothing. She just reacted but I love what Rachel said as she wrote about this exchange. She said, “’Why, why, why would you flush it?’ I repeated angrily knowing this was an incredibly stupid question. My child thought she was helping. If she knew this action would result in an exploding toilet, she never would have flushed it!”

I’ve found with my own children that when I really look at the motivation behind their irksome behaviors, I find something positive at its core. I find that they are seeking to be helpful or trying to show love. I think that too often kids are yelled at or punished for things that were intended to be helpful, kind, loving and generous. Other times they are scolded for things that they did not know or understand.

Look, Listen and Remember, Then move and do it again.

Years ago I worked with children teaching social skills and various other life skills. We would often go to public places and practice skills we were working on. On our outings we frequently found a spot at one end of a park and would sit together with notepad and pen. I asked them to write for one minute what they saw, heard or experienced. I told them to be specific. Afterward we moved to a different location at the same park and repeated the exercise. We then compared the descriptions, and without exception the descriptions would be extremely different. After comparing the two, I would say, “So which one was the park?” They would laugh and retort, “They’re both the park.” I responded, “But how can that be? They are so different. One says you saw grass, swings and two little girls. The other says you saw bark chips, a slide and a boy with his mother.” Ultimately, we always came to the same conclusion that we were looking at the park from different angles or perspectives. Neither were wrong, they were just different, and by using both descriptions we could gain a better understanding of what the park really looked like.

The same principle applies as we respond to life and its varied adventures. Before we act, consider more perspectives than just our own. The following six principles are practical steps we can take to improve our ability to understand other perspectives.

1. Stop: Simply put time and space between you and your immediate reactions. Wait to respond until you have made it through this whole sequence.

2. Look: Observe the situation objectively. Breathe and try to take the emotion out of the picture and just see things clearly for what they really are rather than what we narrowly perceive them to be.

3. Listen: Honestly hear out your child’s thoughts, opinions and/or arguments. Listen to what they say and how they say it.

4. Remember: Think about what it was like to be their age and size. Think of how it felt when you made a mistake or got in trouble. Think of how you wish those situations would have been dealt with.

5. View the situation from their perspective: Think about what things probably look, sound and feel like if you were in your child’s shoes. How does my voice sound to them. If I were them, would I be afraid of me?

6. Then act with gentleness and the heart of a teacher: Act in a way that will teach the desired principle, not terrify, anger or punish. Act compassionately and empathetically while establishing and upholding rules, boundaries and consequences associated with the event.

When we practice this over time, it becomes easier and happens faster. At first this may feel very uncomfortable. To consider when you come across the color crayon mural on the wall that he was drawing you a picture that he thought you would enjoy and appreciate feels painful and to some, even wrong. When we make a demand and they say no, it can be hard to remember that you too sought independence at their age. Learning to see their perspective and act accordingly can be hard but it establishes a connection that facilitates learning and change without harming the relationship in the process.

Question: What things are most difficult for you to view from your child’s perspective?